Culture makes up the roots
that support a nation.
Throughout its magnificent
5,000 year history,
Korea has forged a culture that shines bright in the history of the world.

The National Research Institute of Cultural Heritage, or NRICH,
is Korea’s only comprehensive cultural heritage research institute
focusing on the discovery, research, preservation, and restoration of cultural and natural heritages.
Since its establishment half a century ago, it has been committed to heightening Korea’s standing as a nation of strong culture as well as persevering the identity of the people by discovering the values of traditional cultural heritages.

It is fully equipped with world-class research facilities including 7 research divisions and a Cultural Heritage Conservation Science Center,
and regional branches in 7 cultural areas including Gyeongju, Buyeo, Gaya, Naju, Jungwon, Ganghwa, and Wanju, for conducting research in a more systematic manner.

Just as it has created new values by revealing the secrets hidden by time, NRICH has been committed to cultural heritage research over the past 50 years, and has achieved a magnificent history itself in the process.

Even today, NRICH is finding cultural heritages that have been lost to history until recently, and infusing new life into them.

That’s how they revived the millennial kingdom of Shilla, the breath of the ancient master craftsmen, and the courageous spirit of the Shilla people.

By studying the secrets of this vast Buddhist temple sites for over 40 years,
NRICH has been able to depict the way of life of the Shilla people.

NRICH has also discovered the simple and beautiful Baekje culture,
and unveiled the untold heroine of Korean folktales.

Waking up a girl from 1,500 years of deep sleep, revealing the secrets of the mystical kingdom of Gaya,
and tracing the steps of the old Mahan and Ancient cultures, NRICH is reviving the spirit of Korea beyond just its borders and is igniting the spark of peace and harmony between South and North Korea.

The work of NRICH goes beyond artwork that embodies the tales and artistic spirit of our ancestors.
By exploring Korean cultural heritages in North Korea and abroad, it is expanding the nation’s cultural horizon.

From tiny craftwork to giant works of architecture, NRICH is restoring damaged cultural heritages to their original form, protecting them from deterioration using scientific technologies, and sharing their technologies with countries around the globe.

With the wisdom for discovering new to be better from the old, NRICH is building a bridge of history in numerous spaces and interacting with our past.

NRICH is endlessly thinking about the existence and value of cultural heritages.

Heritages that aren’t taxidermized,
but live and breathe with the people today - Cultural heritages that improve the people’s quality of life and drive the growth of communities to build the foundation of tomorrow -
In an endeavor to share these values with more people, we are spreading our arms to connect people.

A cultural nation boasts strong potential.
Over the past half a century,
NRICH has become the stepping-stone of Korea’s research on cultural heritages and set the cornerstone for becoming
a cultural nation.

And now,
NRICH has become the pillar of Korea’s research on cultural heritages.

A cultural nation with strong potential envied by the world, Korea!
At the center of Korea stands the National Research Institute of Cultural Heritage. 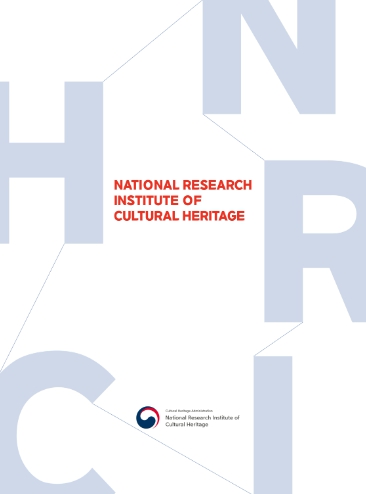